Lotte Eijerkamp is grandmaster on the Niergnies race, with 43 of the 49 cocks, classified in the result with seven cocks placing 1:100  and 34 cocks ranking 1:10. Another super performance from loft manager Oliver Sabol who was extremely happy to call himself the grandmaster. In 2019 Lotte Eijerkamp won National title Grandmaster Vitesse as well as Grandmaster Youngsters, and this perhaps will not be the last ranking for 2020 given the ambitions that both Oliver, Hans and Evert-Jan Eijerkamp have.  Evert-Jan is the thinker and driving force, while Oliver is the top coach in the loft of Lotte Eijerkamp, where only the cocks are raced. After the  2019  season, Oliver returned to his family in Croatia for three months this past winter and was eager to work with his race team, again in early January.

The race team was paired in January. All the cocks raised at least one youngster and then put on widowhood in March.  After this, the cocks were vaccinated for PMV as well as for pox.
The Covid-19 pandemic delayed the race season. We darkened the cocks into the 2nde week of May. Then we increased the team’s training from once to twice per day. Before the start of the season, the cocks were road trained several times, with the longest distance being Overloon (62 km). The cocks were also, tossed Wednesdays, before the early races. The past week the cocks were only loft flown and were not shown their hens before shipping.

For Niergnies,  on Friday before the race, the cocks were fed Vandenabeele (Beijers) mix, as the temperatures were hot that day. Oliver was worried the cocks would otherwise get too thirsty. A super weekend in Brummen! The loft Hans & Evert-Jan Eijerkamp won the 1st prize in the Southeast section, and the loft Lotte Eijerkamp was the Grandmaster of Section 8 while Hans & Evert-Jan Eijerkamp became 3rd Grandmaster in this race. 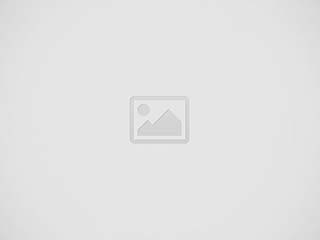