Grandson Rossi winning 2x 1st against thousands of pigeons in the 2022 season for G.W. & P. Macalony from Janefield (UK)

Grandson Rossi winning 2x 1st against thousands of pigeons in the 2022 season for G.W. & P. Macalony from Janefield (UK)

The partnership of George, William & Paul Macaloney from Coatbridge in Lanarkshire, Scotland have been one of the most successful in Scottish history. They have become household names with years of success in the Lanarkshire Federation, one of the largest organizations in the UK. They were the first UK winners for the prestigious Gouden Duif competition in 2016. They won multiple first prizes, ace pigeon titles and so on but now in 2022 they have again an extraordinary champion in their loft who won already 2x 1st prize in big competition and this new superstar, bred by Justin Rogers from his "Blue Rossi", is a grandson of the legendary Rossi"Rossi" and "Kittel".

"Topgun Kittel" was part of a testgroup of 16 youngsters bred by Justin Rogers (Bosliven loft) and he was bred out of "Blauwe Rossi", NL13-1802380NL13-1802380. "Blauwe Rossi" is a direct son of the famous Rossi"Rossi" when paired to "Lieve Hera", daughter of Hercules"Hercules" X Hera"Hera", so granddaughter of the legendary Olympiade"Olympiade 003". All the famous golden Leo Heremans-Ceusters pigeons to be found in "Blauwe Rossi", who is proven breeder for Justin Rogers as he is (grand)father to

The mother to "Topgun Kittel" is B19-4213904 bred by Flanders Collection and direct daughter of the "Kittel", 1st National Ace pigeon for Dirk van de Bulck.

Paul about "Topgun Kittel"; "His breeding is impeccable, in the hand he is an absolute powerhouse, around the loft he is a character pigeon, last one most exercises and likes to dominate the landing board. Arriving with loft mates on his wins, he is always determined to be first in, a great instinct". "He was part of a group of pigeons from Bosliven Lofts that we tested in 2021, "Topgun Kittel" was my pick coming out the box, he always had that X-Factor about him, intelligence was there from day one". 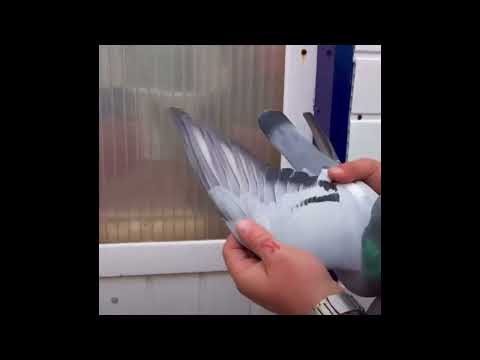